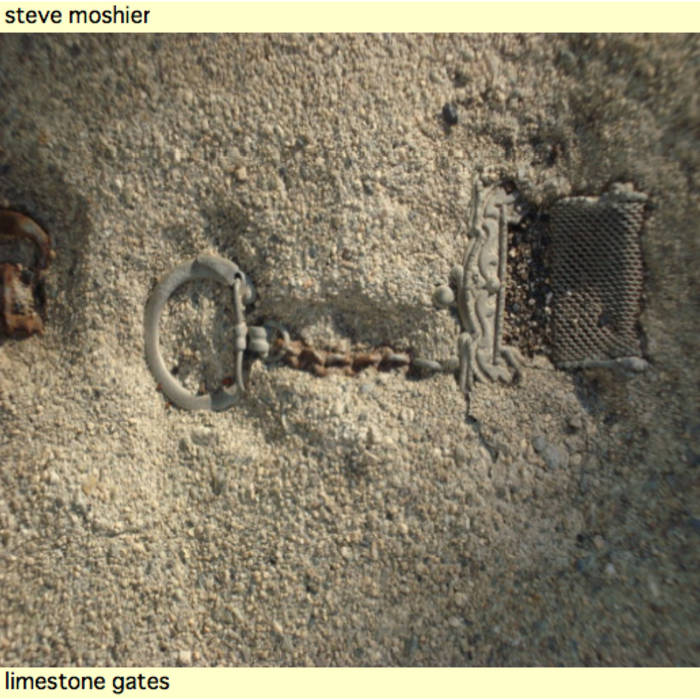 The pieces on this album featured as soundtracks to collaborative theater works that grew out of the fertile performing arts scene in downtown Los Angeles in the 1980s. Analog warmth, a cozy tape hiss and only the essential notes lull one into a lucid meditative state. This is ambient music that seems to be saying something we forgot about.

Steve Moshier grew up playing drums but was a composer by the time he left university. Having co-formed the Cartesian Reunion Memorial Orchestra (1979-1990), he and his cohorts spent years putting on shows at halls and galleries and collaborating with performance artists, choreographers, and visual artists.

“Boy's Life” (1983) was among Moshier's earliest collaborative works. As he recalls, “Donald Krieger was a gay performance artist working in L.A. The work was somewhat autobiographical for him and had all kinds of snippets of his personal life weaving in and out of the work. The music was meant to be "environmental" (ambient wasn't a term at the time) and scored for whole scenes. There was quite a bit of found radio broadcast material in the piece as well. The work went on to collect awards for music from the LA Weekly Theatre Critics, and led to further collaborations.”

One frequent collaborator was Anna Homler, another “fringe” artist who had created a character known as Breadwoman (sporting a face made of bread loaves). Moshier states, “My first cassette was a collaboration with her where she would record outrageous vocalisms and I would take those recordings and alter them and add synthesizer environments around them. I also used real instruments on some tracks. “Deliquium in C” (1989), which was done a little later, was created much the same way. That work premiered at a venue that still exists today, Highways Performance Space, in Santa Monica, CA.”

Moshier would return to 'Highways' many times over the years for different projects, and it was there that he met Keith Antar Mason, whose performance ensemble, the Hittite Empire, was in residence for a time. Mason's work "49 Blues Songs for a Jealous Vampire" (1992) was developed at 'Highways' with Moshier's support and went on to Lincoln Center in New York City. Moshier: “The collective aesthetic was part dramatic, part movement, part monologue and I was quite involved in the process of development. Again, "Sudan" and the other tracks were created to support and envelop whole scenes with environmentally suggestive sound.” Moshier worked with several more coconspirators including Karen Goodman, Rudy Perez, Tina Gerstler, Jan Munroe, and Hae Kyung Lee and Dancers.

To my ears there is a deceptive simplicity about Moshier's post-minimal works, including his pulse-driven works for the Liquid Skin Ensemble (a group devoted to performing his music), and his recent electronic output. It gets under your skin. These older electronic works for the theatrical stage, created by taming unruly analog devices into something rather organic, seem musically timeless; but they also reanimate the L.A. scene of those years of which Moshier was a part.

For more about Steve Moshier, including his current work visit:
stevemoshier.com