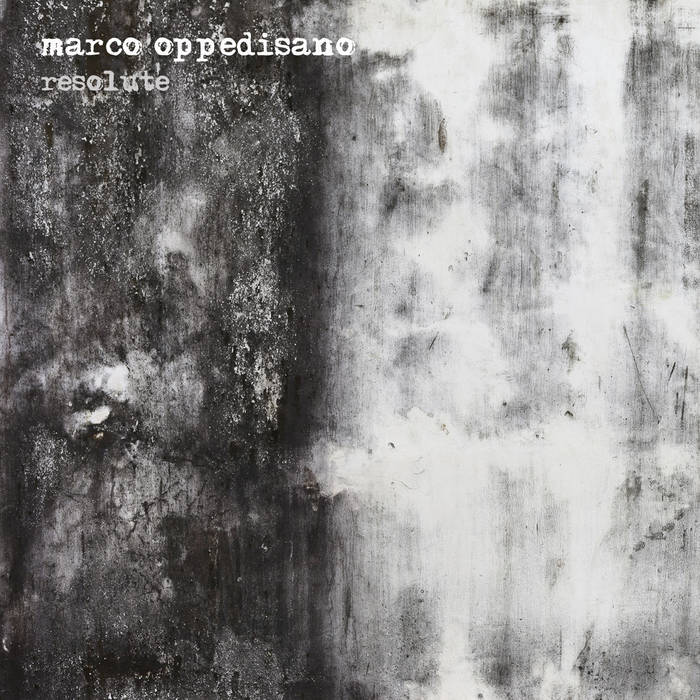 Spectropol Records is pleased to offer this EP of music by NYC guitarist and composer Marco Oppedisano. "resolute" is Oppedisano’s first solo release of electroacoustic music since 2010. The EP is composed of five compelling tracks based on electric guitar, electric bass, percussion, voice and piano. As in much of his previous work, the resulting music is a kind of electric-chamber/concrete hybrid rich with timbral, contrapuntal, gestural and harmonic detail. There’s an unwavering energy through these tracks that speaks to the title, a sense of direction and tonal focus even through contrasting sections, making the EP into what feels like a unified statement.

"Oppedisano's a Brooklyn-based guitarist-composer-educator whom I first heard on the guitar compilations Axe and The $100 Guitar. Here he opts for conceptual unity over volume (a trend I like -- two of my probable records o' the year clock in at half an hour or less), using his guitar as just one element in his tonal palette. Each vignette is its own discrete sound-world (my current favorite is the incandescent "Reflection"); taken together, they form the soundtrack for a mind-movie you can transport anywhere." - The Stash Dauber

"Ripe guitar tones and cinematic chords substantiate bizarre dissonant constructions which, in turn, provide an uneven counterweight to more enigmatic segments. Samples that would appear as quasi-banal in a normal context here are orchestrated with indubitable taste, becoming important elements of structures in perpetual change. Oppedisano knows how to keep our attention awake without recurring to cheap trickery; he’s a sincere musician who prefers letting the years go by to publishing a slapdash record."
- Touching Extremes

"In Resolute, Marco Oppedisano achieves something of a blend between experimental electric guitar and musique concrete. Incorporating distorted chords and textures, as well as found-object percussion and effects, Oppedisano leads the listener through five short tracks. The disjointedness of these compositions could be mistaken for a incidental music of a soundtrack, perhaps one from a twisted cartoon. The latter tracks incorporate piano and voice to assist forming Oppedisano’s idiosyncratic dissonance."
- Avant Music News

Recorded and Mastered by Marco Oppedisano